My background is in Web development, especially full-stack development using the Django and Ruby on Rails frameworks. I'm from Wayne, Pennsylvania and graduated Penn State in 2007. I previously lived in Philadelphia and the New Jersey shore. I moved to the DC area in 2016.

I'm separated, have an amazing 4 year old daughter, and a pet rabbit. I enjoy playing in pinball leagues and competitions, riding e-scooters, going to baseball games, and watching the This Week in Google podcast, even though it's never actually about Google!

I'm a Senior Software Engineer at U.S. News & World Report, working on their Best Cars site. There I have created many public-facing features on a site that reaches millions of car shoppers monthly. I also frequently help improve backend load time and create partner data integrations. I work alongside eight developers and regularly participate in code reviews and mentoring with them. 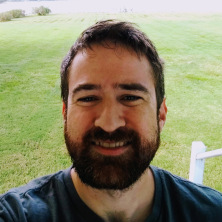